This feature is available in MFractor Professional

When building mobile apps, we can use font glyphs instead of image assets for icons to simplify our codebase and make it more maintainable.

There are several major benefits when using fonts for our iconography:

However, a drawback of this approach is we need to refer to font glyphs by their unicode character like so:

This impacts code readability as it becomes difficult to understand what icon the code /uf00c translates to visually.

To address this issue Android improve readability, it's best practice to use a helper class that contains a named constant for each glyph in the font.

We can now use this class to reference a named constant when setting icons:

It is now obvious that the icon is a check from FontAwesome, making the code cleaner, more readable and more maintainable.

When generating a glyph class, MFractor requires that the font asset be a Web Font. Typically, desktop font assets do not include the glyph names associated with a unicode characters whereas web fonts include these names to allow referencing by name via CSS.

If the Generate Font Glyph Code Code tool does not generate a class, verify that the font asset is a web font. 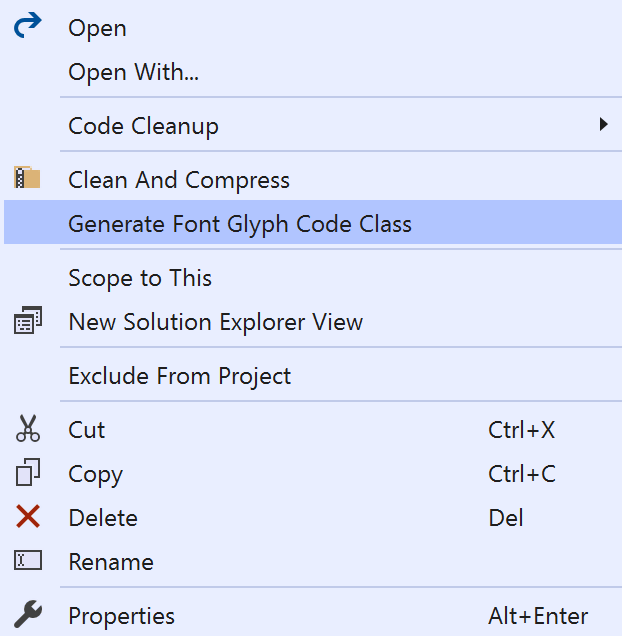 MFractor will present a preview of the code it will generating and allow you to select the target project and change the class name. To generate the class, press Generate: 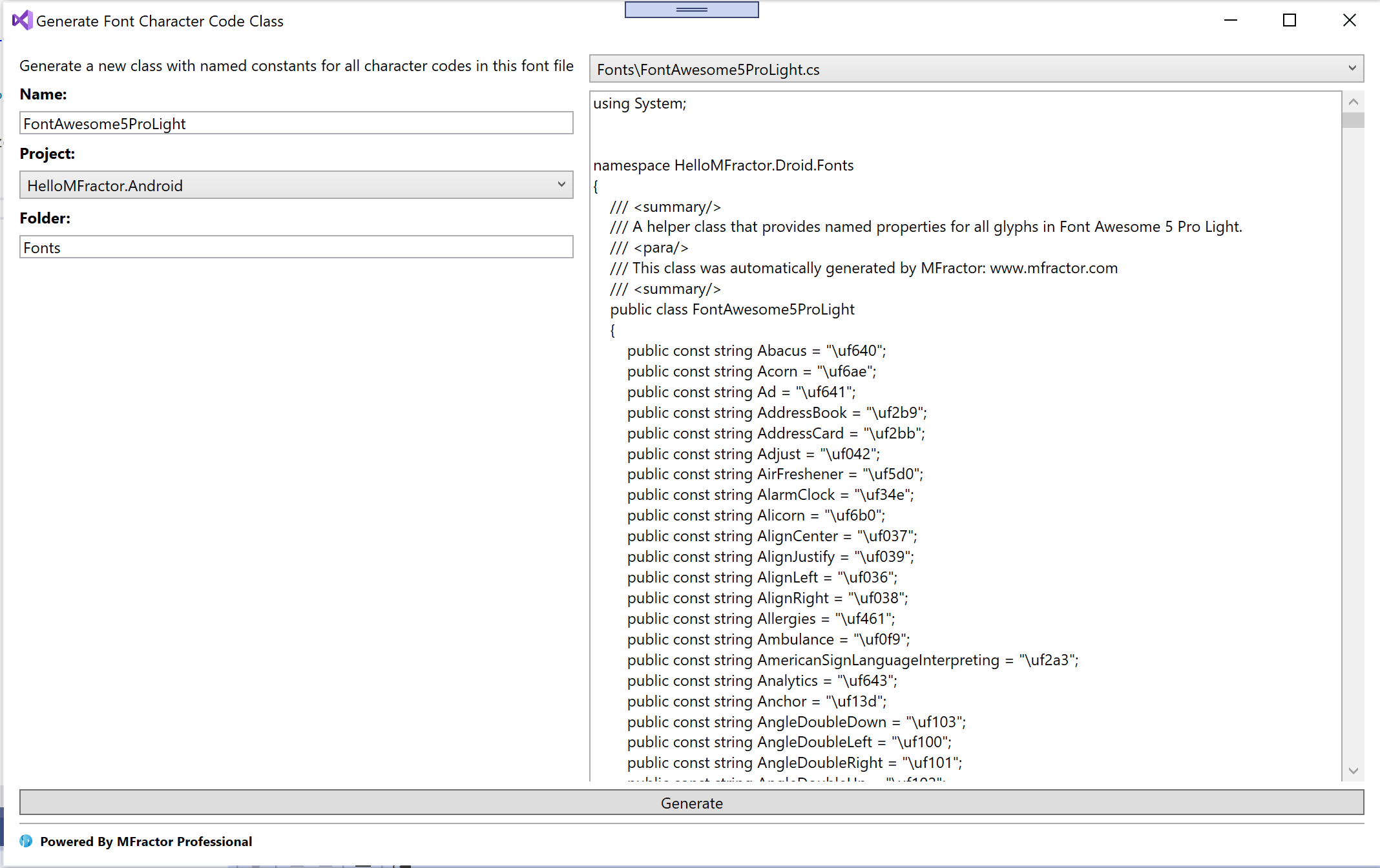