The image deletion tool removes all densities of an image asset in all mobile projects. As a developer, you can delete all occurrences of an asset in one action instead of needing to track down and delete each density independently.

Image assets are tracked differently on Android and iOS projects. The following sections describes how MFractor will identify images that are part of the same image set that forms an asset.

An image asset is a single image that is used inside an app. This asset may have variations in size and style to adapt the image to different contexts, such as screen pixel density, light and dark modes and localizations.

An image set is the set the of files that compose a single asset. When we develop an app we don't reference the individual files of an image set directly, but we of that as a single entity, the image asset.

An image asset with the same name on iOS and Android projects that are of the same solution will be treated as single Image Asset of that application, considering they are different platform implementations of the same app, thus sharing the same set of assets among them.

The rules below describes how MFractor identifies image assets in specific projects, but the tool will scan through all the projects of the solution and provides a unified view.

When the image manager deletes an image asset in an Android project, it will remove all matching files in the drawable and mipmap folders.

MFractor would delete the following assets:

MFractor would ignore the following assets:

The iOS projects can contain image assets into Image Asset Catalogs or any regular folder. The iOS SDK doesn't enforce any specific place where to put images, but by convention they're generally added to the Resources folder. The image deletion tool track assets differentely weather they are standalone files in folder or assets in a Asset Catalog.

MFractor will identify stand-alone images as an image-set based on its name and density suffix. Images may three primary densities for iOS projects: 1x, 2x and 3x. The former one doesn't add any suffix to the image file name (in practice unused since there are no more supported devices with 1x density screens). The later 2 adds the suffixes as @2x and @3x respectively.

For example, considering an image asset named logo with the following files in the project structure:

The deletion tool will track and delete the following files as the image set of the logo asset:

MFractor will ignore the following files:

For images in Asset Catalogs MFractor will track them a little differently. Image sets in catalogs are tracked through a metadata file called Contents.json, in the same folder of an image set. The images that compose a set in an asset catalog may contain different names because by default Visual Studio and Xcode preserve the original filenames when importing then using the Asset Catalog tool. For this reason MFractor relies on the metadata file to track the files that compose a set.

For example, considering again an image asset named logo with the following files in the project structure:

From the files in the project structure we can't define for sure what ones compose the image set. For this reason MFractor will check this information on the Contents.json metadata file. Here we have a simplified snippet of this file:

From the metadata we can verify that sample.png and sample@3x.png are the dark mode variant of the same image asset, so the deletion tool will delete the following files:

MFractor will ignore the following files:

The image deletion can be launched from the solution explorer by: 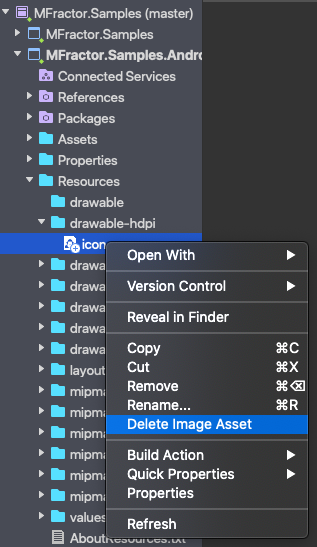 The image deletion tool can be launched from the image manager by: 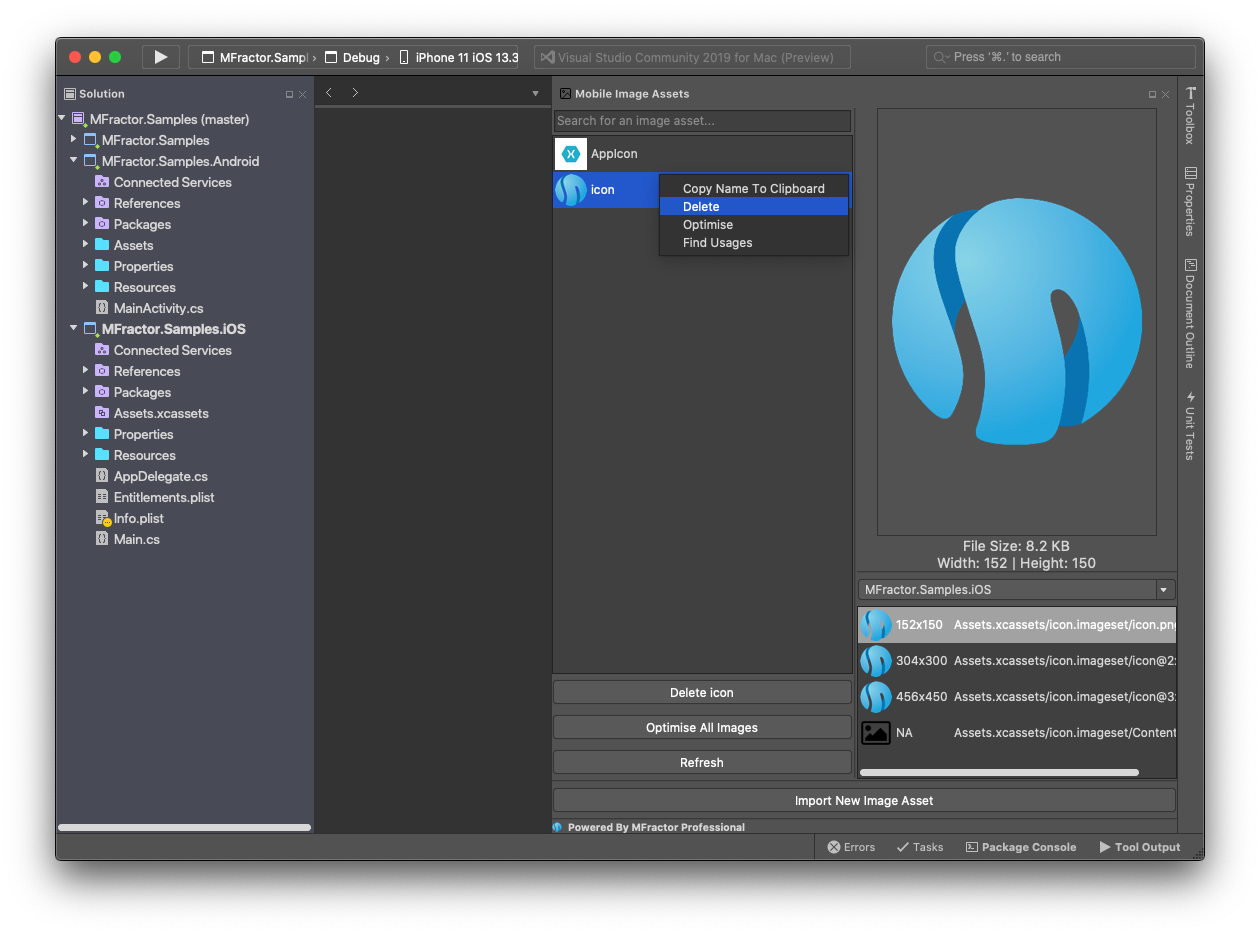 After launching the image deletion tool, you will be presented with the dialog that summaries information about the deletion operation on the selected asset. 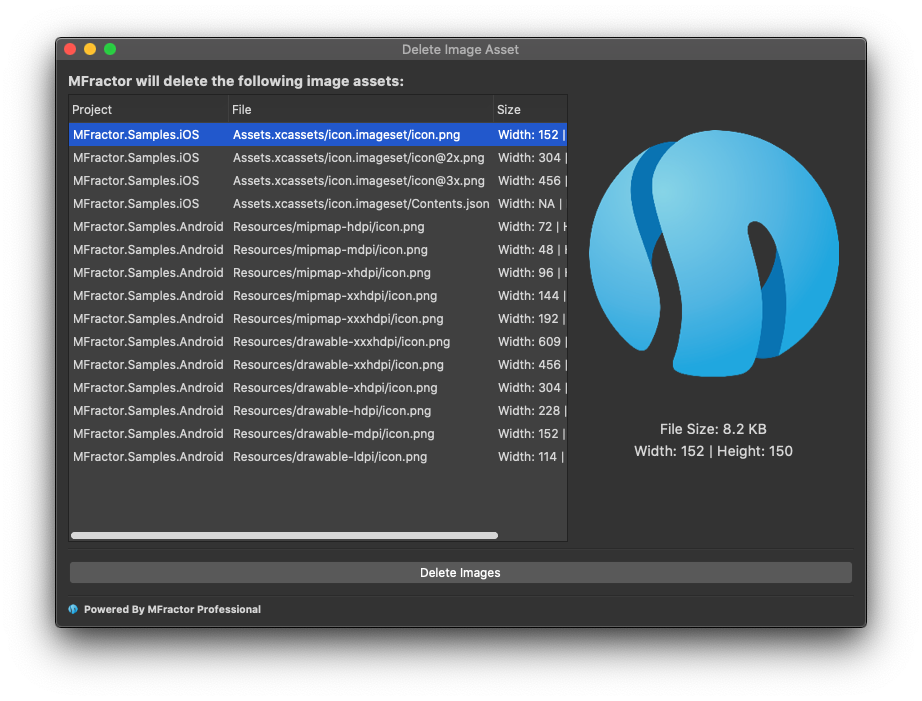 The dialog is straighforward and present information in two panes:

This tool allows you to review the image deletion procedure and check if anything is missing or incorrectly added.

By clicking on the Delete Images button the delete operation will be done by MFractor.